Who would imagine that one of the most famous costumes in Hollywood’s history, the shocking pink satin dress worn by Marilyn Monroe in 1953 motion picture Gentlemen Prefer Blondes, was designed as ‘Plan B’?

The original costume created by William ‘Billy’ Travilla for the Diamonds are a Girl’s Best Friends sequence, consisted of an extremely revealing black fish-net body stocking up to the breasts, then covered in nude fabric and embellished with a mass of diamonds. 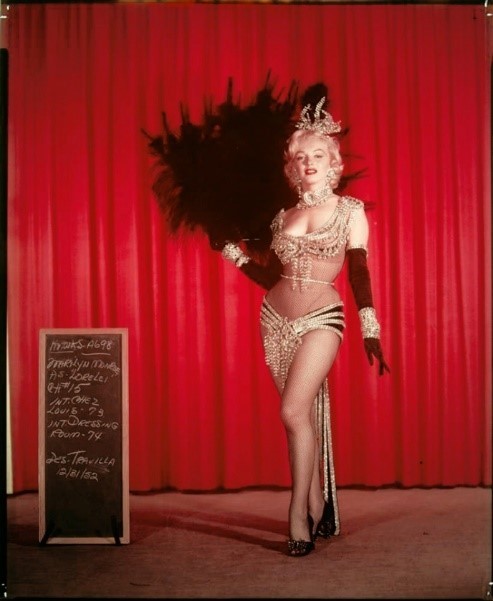 However, during the production of the movie, it was publicly disclosed that Monroe had posed nude for the Velvet Dreams calendar in 1949, before she became well-known and when she was desperate for money.  The producers gave Travilla strict instructions to design a less provocative costume in order to distance Monroe from the scandal and not to lose investors. The pink dress was therefore a last-minute replacement. 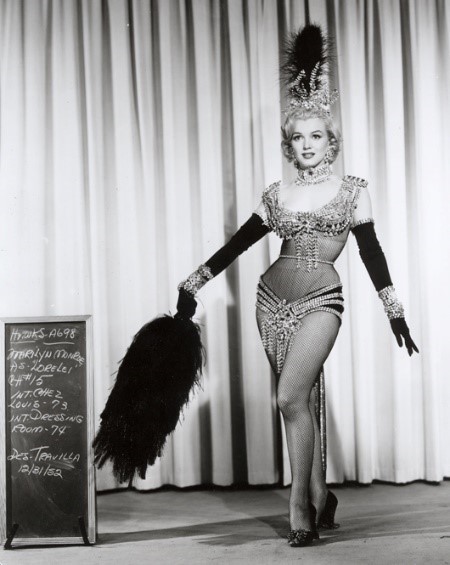 Black and white test photographs of Monroe in the original costume, from the Twentieth Century Fox Archives

Lot 139 in Chiswick Auctions next Autographs & Memorabilia sale, is an extremely rare test photograph of Marilyn wearing the original costume, personally signed and inscribed by the actress to ‘Tommy’.  Although the identity of the dedicatee is not known for sure, the idea that it might be her co-star Tommy Noonan (who plays Lorelei Lee’s wealthy fiancée) is certainly appealing. Considering how short-lived the costume was and the limited circulation of photographs featuring Monroe in that outfit, the lot will certainly attract Monroe fans.

Lot 139 in the Autographs and Memorabilia sale on October 16th

Interest in Marilyn Monroe autographs and memorabilia has always been incredibly strong. The American actress is still one of the most iconic movie stars and her dramatic death at a young age made items signed by her or related to her career extremely sought after on the market.

The pink satin dress worn by Monroe when signing Diamonds Are a Girl’s Best Friends was auctioned in June 2010, with an estimated price of between $150,000 and $250,000 at Profiles in History. It was described as "the most important film costume to ever come to auction" and sold for $310,000. In June 2011, again at Profiles in History, the red sequined gown worn by Marilyn as she sang, We’re Just Two Little Girls from Little Rock sold for $1,476,000.00.

This rare photograph of Marilyn will feature in our Autographs & Memorabilia sale, Wednesday 16th October.

We are the only London auction house with a dedicated Autographs & Memorabilia department, headed up by Valentina Borghi who specialises in the valuation of rare signed photographs, letters, documents & ephemera.